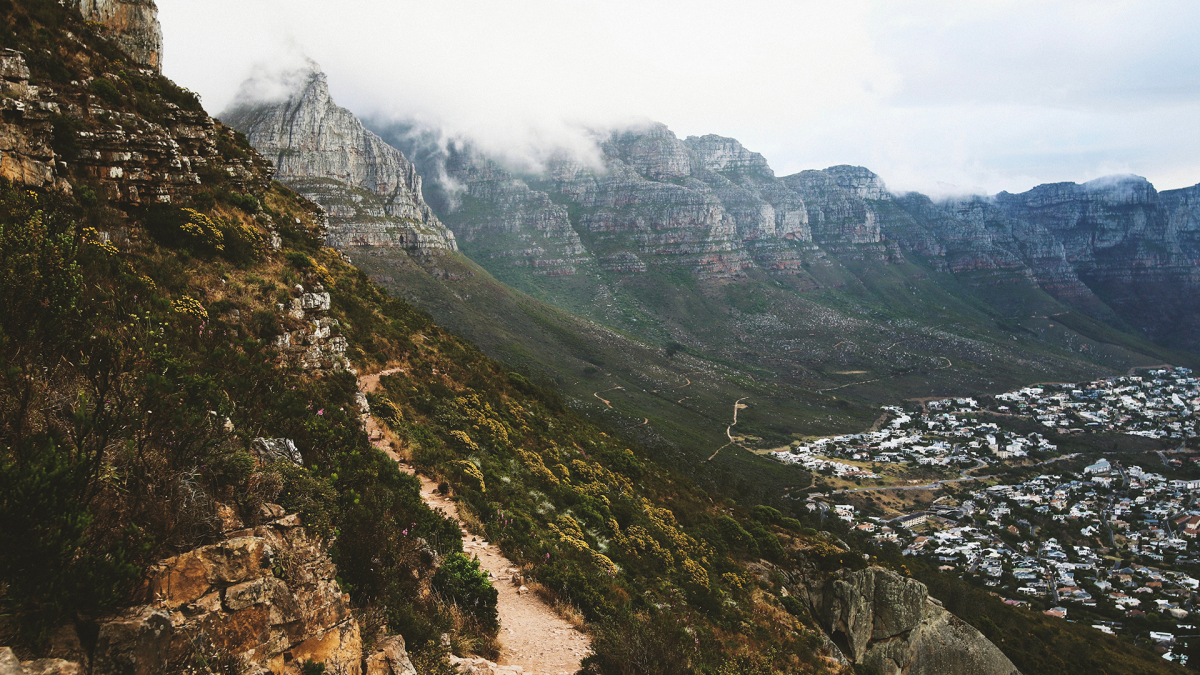 Recently, IdeasXchange published an editorial about food security that broke down the concept of food security and made linkages not only between agriculture and climate change, but also between developing countries and wealthy countries like Canada.

Today, I virtually sat down with Dr. Elizabeth Vibert, an Associate Professor in the University of Victoria’s History Department with whom I had the great honour of traveling to South Africa in 2014 as part of UVic’s Colonial Legacies Field School in South Africa. The field school, a senior undergraduate course open to all students who wish to apply, focused on the legacies of colonialism and apartheid on South African development in urban and rural settings.

Elizabeth’s most recent research focuses on food security, household microeconomies, and alternative economies in rural South Africa. She is collecting women’s life histories in rural Limpopo Province, examining gender and inter-generational politics and relations to the state among smallholder farmers. Dr. Vibert recently published an article in The Journal of Contemporary African Studies about a women’s community food sovereignty project in Limpopo, and this year (2017) she released a documentary film about this farm, The Thinking Garden. Dr. Vibert co-wrote and produced the film with director Christine Welsh, editor/cinematographer Mo Simpson, and assistant director Basani Ngobeni. The film won a Matrix Award at the Vancouver International Women in Film Festival in March and is currently touring festivals and screenings in Canada and South Africa, including a stop in Vancouver at the Vancouver South African Film Festival on April 2 – details on tickets and showtime at the end of this interview!

TW: Allow me to virtually greet you and tell you how happy I am to finally be interviewing you, despite the approximately 4,400 kilometers between us right now!

I’ve already explained a little bit about your background and your current research, but can you elaborate a little more on your current project? When did you start this work? How did you decide to focus on South Africa and, more specifically, rural Limpopo?

EV: It’s lovely to ‘see’ you again, Tori. I’m a social historian of the regions that were formerly the British empire. I was trained in my doctorate at Oxford by Southern African specialists – particularly Terence Ranger, a social historian of Zimbabwe. I was hired at UVic as a Canadian historian, although I made clear that I’m really a colonial historian. Over the years I’ve always taught courses that included Southern African content and questions, but it was only in 2012 that I was able to focus my research attention there again.

I met the women whose food sovereignty project captured my imagination while I was volunteering at another vegetable farm in rural Limpopo Province. I found the women’s project really inspiring – not least the fact that this group of older women farmers, for twenty years, had been feeding their community and their households from their collaborative vegetable farm. The farm aims to be self-sustaining through vegetable sales, but the women have a strong social justice ethic: they donate vegetables to people on treatment for HIV, to people hosting funerals, to other people in need.  Community support, including supporting one another as farmers and as women, is their first priority, not commercial profit.

TW: Your work zeroes in on food security, politics, and gender dimensions. Have there been any surprising discoveries over the course of your research or any relationships between themes/concepts that aren’t very obvious on the surface?

EV: When I started doing oral history research with the women I was thinking of the life stories of the individual farmers, and I was thinking of the farm as an economic enterprise. It took me a while to recognize that the women don’t narrate individual life histories in the way we might expect: they don’t narrate the life of the autonomous Western liberal subject. They tell their stories as women in kin and community networks, in customary communities, and as heads or members of households.  Xilo xinwe is a xiTsonga phrase that comes up often in their depiction of their farm. It means ‘being one thing,’ a little like the phrase Ubuntu. It means people become people in relation to other people – by working together, cooperating, finding common ground. That’s very much the story of the women’s farm.

TW: Tell me a little bit about the women whose stories you are collecting (How many are there that work on the farm, what stands out about them?).

EV: There are currently seventeen women actively working at the farm, although there are twenty-seven women who are formal members. Some of those are now too old and unwell to work, while some of the younger women have gone off to wage labour. The women aren’t paid wages for their work at the farm, but they’re well aware of the value of payment in vegetables a couple of times a week. The women are ‘older’ – many of them are pensioners whose pensions are key to the support of multi-generational families in a region where unemployment rates are astronomically high, and even the employed are very often precariously employed.

TW: This past year you traveled back to Limpopo with a small production team to capture a snippet of the lives of the women on the farm. How did this idea come about?

EV: We went to the farm in May 2015 to make a film about the story of this inspiring women’s farm. I was keen to capture on film both the uplifting story of the farm, and the way this farm has been afflicted by many of the challenges of small-scale farmers across the Global South. Among these challenges are mechanization of large-scale agriculture throwing people out of rural work; cheap (and mostly unhealthy) food washing into the local shops from Western agribusiness companies, at prices local farmers can’t compete with; lack of accessible government support for small-scale and community farms; and the sharpening demands of climate change – more frequent droughts, hotter winters, more intense pest pressures, more extreme weather events like floods and heatwaves.

The idea to make a film about the women’s farm came from the women themselves. They can’t read the academic journal articles I write (nor would they want to!), so from the start they were asking ‘aren’t you going to make a film about us?’ At first my collaborator, Basani Ngobeni, and I laughed at this idea. I’m not a filmmaker. But they asked the question each time we came to do research. In 2014 the idea took hold in my mind, and I approached Metis Canadian filmmaker Christine Welsh to see if the story would interest her. She makes wonderful films about, as she puts it, ‘ordinary women doing extraordinary things.’ To my delight, Christine was very taken with the story and jumped at the chance to direct the film.

TW: How do you envision the film’s impact on Canadians and South Africans alike?

EV: I hope the film informs people about the central role of small-scale, community-based, sustainable food production in community wellbeing. The tagline at the end of our film is ‘Local farmers build healthy communities.’ We mean all local farmers who are farming food sustainably, around the world. That’s the big message. More specifically, the film conveys the message that small-scale farmers in the Global South are doing amazing things – making healthy, affordable, culturally appropriate food available to their communities; creating local opportunities – despite really daunting challenges. These small farmers, many of whom are women who get much less material support than male farmers, deserve government support; they deserve ngo support; they deserve our support. They’re farming in ways that respect the land, water, and atmosphere. What can we do? Buy food produced locally and sustainably as much as you can. With respect to the Global South, lobby your MP to support small-scale farmers as a key element of the agendas to support women and families and to turn the tide on climate change. Support organizations that explicitly support women and small-scale farmers.

To see the film for yourself…

“The Thinking Garden” is currently making its way through festival circuits and screening events across Canada and South Africa. Book your calendars to attend the Vancouver South African Film Festival, taking place at SFU Woodward’s from March 31st to April 2nd. The Thinking Garden will be showing on April 2nd, followed by a Q&A session with Basani Ngobeni and Elizabeth Vibert. http://www.vsaff.org/